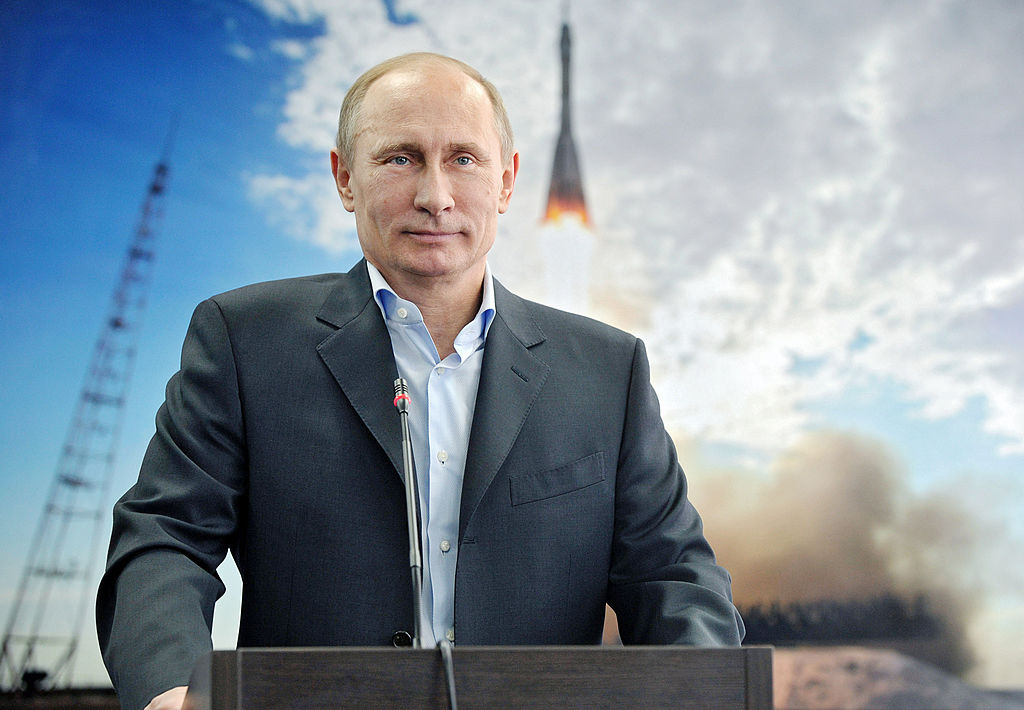 A complete website for the event can be found here: http://web.sas.upenn.edu/russian-foreign-policy/

Program:
9:30 am
Coffee & Tea
10:00 am
Introduction by Bill Burke-White on behalf of Penn and Perry World House
Introduction by Mitchell A Orenstein on behalf of Penn Slavic, recognizing partners FPRI and GMF
10:15 am
Putin’s Grand Strategy and Objectives
What are President Vladimir Putin’s objectives in foreign policy? What does he want? To what extent is he constrained by factions within his regime? And by the nature of the regime itself? Does Russia have a grand strategy in its foreign policy? What is it? How realistic is it? And does it pose a fundamental challenge to the West?
Speakers: Jakub Grygiel, John E. Herbst, Marie Mendras, Charles Ryan
Moderator: Mitchell Orenstein, University of Pennsylvania
12:00 pm
Lunch
Keynote Address: Timothy Snyder, Yale University
Unmasterable Pasts: History and Prophecy in Russian Strategy
Russia’s intervention in Ukraine has caused a major shock to European politics.  What is the nature of the challenge Russia poses in Ukraine?  What are the elements of a peaceful resolution to the conflict?  And how likely are these to be achieved?
Moderator: Phillip Nichols, University of Pennsylvania
1pm
Russo-German Relations and the Future of Europe
The crisis in Ukraine has thrust Russo-German relations to the center of the European agenda.  Germany has led the changing European approach to Russia, first embracing a modernization partnership with Russia and later becoming the chief advocate of a tough sanctions regime.  What caused Germany’s sudden shift?  Will they change again?  To what extent will Russo-German relations determine the future of Europe?
Andrew Moravcsik, Alina Polyakova, Ulrich Speck, Steve Szabo
Moderator: Kevin M. F. Platt, University of Pennsylvania
2:45pm
Russia’s Oil and Gas Politics: Leverage and Dependence
President Putin has made oil and gas a key element of Russia’s foreign policy influence. However, the recent collapse in the oil price has highlighted Russia’s resource dependence and lack of economic diversification. How does Russia attempt to use its oil, gas, and pipleline politics to influence the rest of the world? How successful has Russia been? And how will Russia react if these policies fail to reach their goals?
Margarita Balmaceda, Agnia Grigas, John Haines, Rudra Sil
Moderator: Michael Horowitz, University of Pennsylvania
4:30pm
Containment and Beyond: Elements of a Western Russia Strategy
The West has faced serious challenges managing a declining (to some) or resurgent (to others) Russia under President Putin. The sanctions policy seemed to represent a reversion to the policies of containment after years of engagement accompanied by many ups and downs. Will the era of containment last? What has been achieved and what lost? Has the West crafted an effective strategy towards Russia? What elements of the Western response need to be strengthened or revised going forward?
Nelli Babayan, Adrian Basora, William Burke-White
Moderator: Mitchell Orenstein, University of Pennsylvania