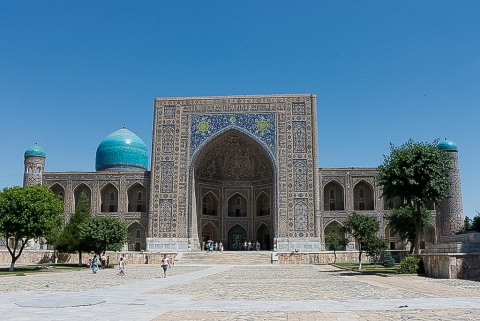 The Tilla Kori was built on the north side of the Registan Square in Samarkand, between 1646 and 1660. Yalangtush Bakhadur, the ruler of Samarkand at that time, ordered the Tilla Kori's construction but died before it was completed. The Registan Square was the cultural hub of the city, known as the central bazaar and filled with trade and craft activities. This square comprises of two additional Madrassahs - the Ulugbek Madrassah and the Sherdor Madrassah.

"Tilla-Kori" translates to "decorated with gold", deriving from the rich golden decoration on the facade of the Madrassah. In 2001, the Madrassah became a part of the UNESCO World Heritage List, along with the other two Madrassahs on the Registan Square.