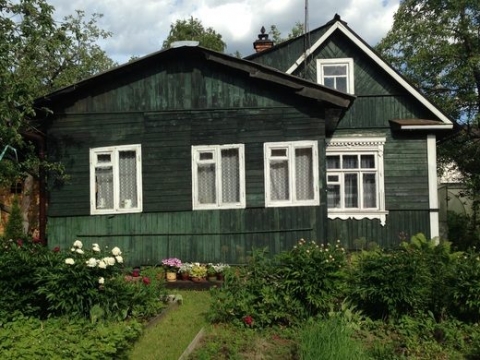 Russian Tsars in the 17th century started to reward loyal landholders with small estates named “dachas” in the country, a word that translates from old Russian to "something given". Most dachas were nationalized after the Russian Revolution in the early 1900s, after which they mainly served as summer homes for upper and middle class Soviets.
Just before the Soviet Union's dissolution in the 1980s, dachas experienced an upsurge in popularity. Previously, about one in three families owned a dacha to escape to over weekends in the summer; now, it's estimated that over half of all Russian families own one as a second home and get away from the big cities.
One of these ubiquitous summer homes has been transformed into a museum and can be visited in southern Moscow. The house offers a glimpse into the daily life and traditions of the 1950s, '60s, and '70s, and there are several artifacts from the Soviet era. Visitors are welcome with Russian tea and can help make borscht and dumplings, as well as try the produce grown in the garden.