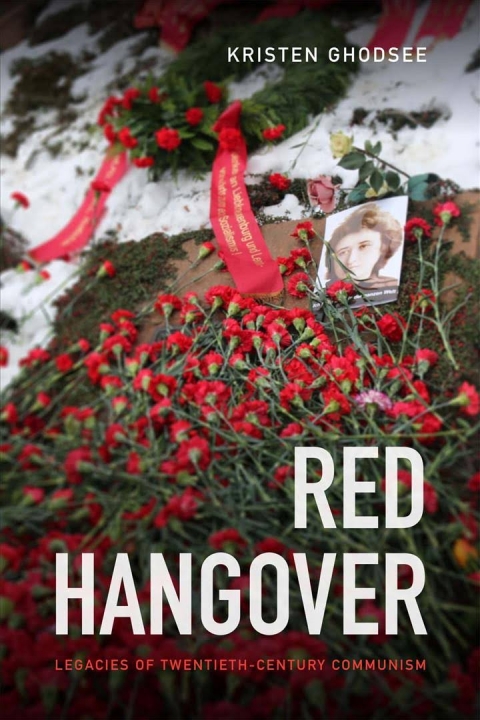 Dr. Kristen Ghodsee's latest work titled Red Hangover: Legacies of Twentieth-Century Communism is now available for purchase.
In Red Hangover Kristen Ghodsee examines the legacies of twentieth-century communism twenty-five years after the Berlin Wall fell. Ghodsee's essays and short stories reflect on the lived experience of postsocialism and how many ordinary men and women across Eastern Europe suffered from the massive social and economic upheavals in their lives after 1989. Ghodsee shows how recent major crises--from the Russian annexation of Crimea and the Syrian Civil War to the rise of Islamic State and the influx of migrants in Europe--are linked to mistakes made after the collapse of the Eastern Bloc when fantasies about the triumph of free markets and liberal democracy blinded Western leaders to the human costs of "regime change." Just as the communist ideal has become permanently tainted by its association with the worst excesses of twentieth-century Eastern European regimes, today the democratic ideal is increasingly sullied by its links to the ravages of neoliberalism. An accessible introduction to the history of European state socialism and postcommunism, Red Hangover reveals how the events of 1989 continue to shape the world today. (google books)
Los Angeles Review of Books analyzed the book, and you can enjoy their review here: https://lareviewofbooks.org/article/the-partys-over-looking-back-on-comm...!