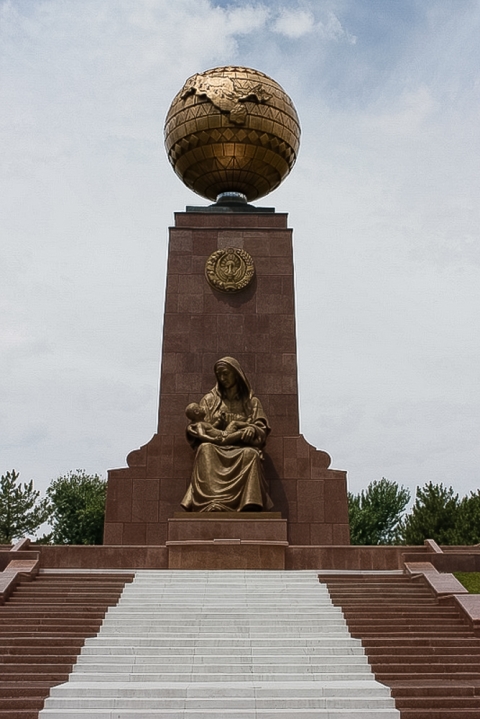 The Independence Monument is located in the center of Tashkent city, on the Independence Square. During the Soviet time, the square was named Lenin Square and a monument of Lenin was erected in the middle of it. Upon declaration of independence in 1991, the square was re-named to Independence Square (Mustakillik Maydoni) and Lenin's monument was dismantled and replaced by the Independence Monument, in form of a globe with Uzbekistan's borders outlined on it. The symbolism of this golden globe had a significant influence on monumental art in Uzbekistan in the 1990s - 2000s. It has been reproduced on posters, murals, and sculptures throughout Uzbekistan.

In 2005, a sculpture depicting a "Happy Mother" with her baby was added to the monument, and in 2006 the newly renovated monument would be renamed to the Monument of Independence and Humanism.