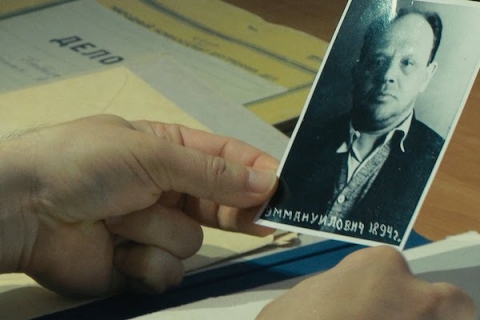 "A film of great sensitivity and rather unfortunately, significant modern relevancy."​

"The best proof of documentary's relevance ..."

​“... by exploring the closed pages of the life of an outstanding writer ... [Novack] reveals something new in the life of modern Russia.” - MK.RU

Isaac Babel's writings are subversive masterpieces, challenging the ideology of the early Soviet Union, and resulting in his arrest and execution in 1940. On the 75th anniversary of Isaac Babel's execution, Finding Babel follows Andrei Malaev-Babel, his grandson, on a journey to come closer to some sense of truth. Hoping to better understand Babel's powerful artistic method and elusive persona, Andrei journeys through Ukraine, France and Russia; locations deeply tied to the story of his grandfather.  He confronts lingering traces of a turbulent history that echo in Babel’s writing and in the conflicts and climate of today’s Ukraine and Russia.

With each stop, Andrei gets closer to the complex stories that Babel wrote with depth and hidden meaning. Ultimately, through powerful interviews and a painful examination of Babel’s NKVD file, Andrei engages with his grandfather’s arrest, torture and execution. Babel’s life story and his fiction are woven into Andrei’s search with ethereal animation that puts viewers, like Babel’s readers, somewhere between reality and fantasy.