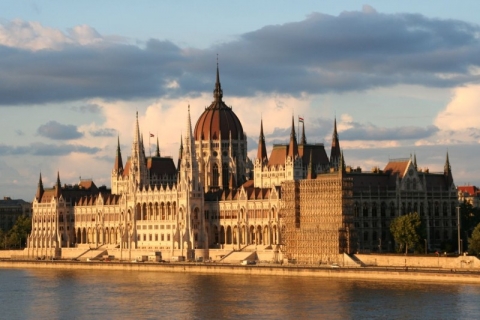 The Parliament Buildings are the seat of the National Assembly of Hungary, a famous landmark of Hungary and a well-known tourist destination of Budapest. It lies in Lajos Kossuth Square, on the bank of the Danube. It is the largest building in Hungary and also the tallest building in Budapest. The building was completed in 1904 nearly 20 years after work on the structure began.Nearly 100,000 people were involved in construction, during which 40 million bricks, half a million precious stones and 40 kilograms of gold were used. The building is often described as being in Gothic Revival style, although the dome itself is Renaissance Revival architecture. Since 1990 the building has been open to the public, with only a few sections being actually used by the government, and those are thus inaccessible.