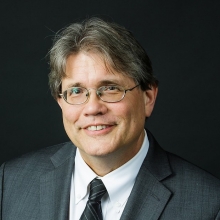 Phil Nichols teaches and conducts research on social and economic development, emerging economies, and corruption. He has conducted fieldwork in or has worked with organizations in more than twenty countries on issues of corruption control or business development, including several countries in the former Soviet Union and in Eastern Europe. Professor Nichols currently serves as the Co-Chair of the Anti-Corruption Law Interest Group, and previously served as the Co-Chair of UN/CEFACT LG (the United Nations’ expert committee on trade facilitation), and as Co-Chair of the American Society of International Law’s interest group on International Economic Law. He also served as the President of the Academy of Legal Studies in Business. At Penn, Professor Nichols is the Faculty Director of Stouffer College House, where he has lived with his family for the past twenty years. Prior to joining the faculty at Wharton, Professor Nichols practiced international law with law firms in Boston and Washington.

“Promoting Creating Shared Value Strategies as a Tool for Controlling Corruption,” in Anti-Corruption in Research, in Practice and in the Classroom (Wolfgang Amann and Agata Stachowicz-Stanusch editors, forthcoming 2018), Information Age Publishing

“The Neomercantilist Fallacy and the Contextual Reality of the Foreign Corrupt Practices Act,” Harvard Journal on Legislation 53(1), 203-246 (2016)

“Using Sociological Theories of Isomorphism to Evaluate the Possibility of Regime Change Through Trade Sanction,” University of Pennsylvania Journal of International Law 30(3), 753-788 (2009)

“The Impact of the Failures of the Doha Round on Trade Regimes in Asia,” in International Economic Law and China in Its Economic Transition 71-100 (Huiping Chen editor, 2007), Chinese Law Series: Hein

“The Fit Between Changes to the International Corruption Regime and Indigenous Perceptions of Corruption in Kazakhstan,” University of Pennsylvania Journal of International Economic Law 22(4), 863-973 (2001)