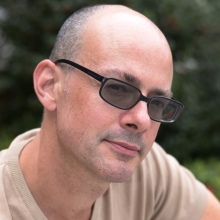 Dr. Platt received his B.A. from Amherst College (1989) and his Ph.D. from Stanford University (1994) and taught at Pomona College before joining the University of Pennsylvania faculty in 2002. He has been the recipient of grants from IREX, NCEEER, Fulbright-Hays and other programs, and was a Guggenheim Fellow in 2011-12.

He is the author of Terror and Greatness: Ivan and Peter as Russian Myths (Cornell UP, 2011) and History in a Grotesque Key: Russian Literature and the Idea of Revolution (Stanford, 1997; Russian edition 2006). He is the editor of Global Russian Cultures (Wisconsin UP, 2018) and the co-editor (with David Brandenberger) of Epic Revisionism: Russian History and Literature as Stalinist Propaganda (Wisconsin UP, 2006).

Dr. Platt is the organizer of Your Language My Ear, a periodic Russian–English poetry translation symposium that takes place at the University of Pennsylvania. He has also edited and contributed translations to a number of books of Russian poetry in English translation, most recently Orbita: The Project (Arc Publications, 2018) and Hit Parade: The Orbita Group (Ugly Duckling Presse, 2015).

His current project is a study of global cultural exchange in the twentieth century entitled Cultural Arbitrage in the Age of Three Worlds: How Transnational Exchange Defined Cold War Cultures. He is also working on a study of history and memory in Soviet and post-Soviet Russia,

Blog Post: "Getting One Thing Straight: “Postmodernists” Are Not the Problem," All the Russias, the NYU Jordan Center for the Advanced Study of Russia, August 8, 2018.

Republication of introduction and selection of poems from Hit Parade: The Orbita Group on site Deep Baltic. July 14, 2016.

Member of the Penn Russian, East European and Eurasian Studies Group, Member of the Graduate Groups of the Departments of History of Art, Comparative Literature and Literary Theory, English, and History. Affiliated faculty in Cinema Studies and Gender, Sexuality and Women's Studies. Past president of the American Association of Teachers of Russian and East European Languages.