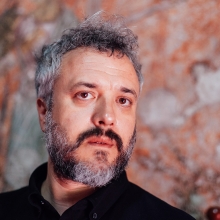 Associate Professor of History of Art

A native of Serbia, Drpić graduated from the University of Belgrade (2002). He received his M.A. and Ph.D. from Harvard University (2005, 2011). Before joining the faculty at Penn, Drpić taught at the University of Washington (2011–2017). His scholarship has received recognition from a number of sources, including the Dumbarton Oaks Research Library and Collection, the National Endowment for the Humanities, and the Center for Advanced Study in the Visual Arts of the National Gallery of Art in Washington, D.C., where he held the David E. Finley Fellowship.

Ivan Drpić specializes in the art, architecture, and material culture of Byzantium and its Slavic neighbors in Southeastern Europe, with emphasis on the period from the eleventh through the fifteenth centuries. His areas of research and teaching interest include the interplay between the visual and the verbal, medieval aesthetics and theories of the image, the agency of art objects, the history of subjectivity, and the cultural interactions between Byzantium and the Slavic world.

Drpić’s first book, Epigram, Art, and Devotion in Later Byzantium (Cambridge University Press, 2016), was the winner of the 2017 Runciman Prize, an annual award offered by the Anglo-Hellenic League (London). The book explores the nexus of art, personal piety, and self-representation in the last centuries of Byzantium, focusing upon the evidence of verse inscriptions, or epigrams, on artworks. Drpić is currently developing a second book project, The Enkolpion: Object and Self in Medieval Byzantium, which considers the complex interplay between subjectivity, materiality, and the power of things in Byzantine culture.

* “Short Texts on Small Objects: The Poetics of the Byzantine Enkolpion,” in Inscribing Texts in Byzantium: Continuities and Transformations, ed. Marc Lauxtermann and Ida Toth

“Manuel I Komnenos and the Stone of Unction,” in Lives, Relics, and Beneficial Tales in Byzantium and Beyond: Essays in Honor of John Duffy, ed. Sarah E. Insley (Cambridge,

(co-authored with Andreas Rhoby) “Byzantine Verses as Inscriptions: The Interaction of Text, Object, and Beholder,” in A Companion to Byzantine Poetry, ed. Wolfram Hörandner,

“Jefimija the Nun: A Reappraisal,” in Proceeding of the 23rd International Congress of Byzantine Studies, Belgrade, 22–27 August 2016. Round Tables, ed. Bojana Krsmanović and Ljubomir Milanović (Belgrade: The Serbian National Committee of AIEB, 2016), pp. 921–25.