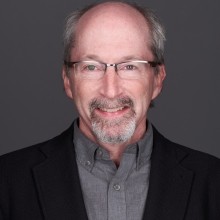 Benjamin Nathans teaches and writes about Imperial Russia and the Soviet Union, modern European Jewish history, and the history of human rights. He edited A Research Guide to Materials on the History of Russian Jewry (19th and Early 20th Centuries) in Selected Archives of the Former Soviet Union [in Russian] (Moscow, 1994) and is author of Beyond the Pale: The Jewish Encounter With Late Imperial Russia (Berkeley, 2002), which won the Koret Prize in Jewish History, the Vucinich Prize in Russian, Eurasian and East European Studies, the Lincoln Prize in Russian History and was a finalist for the National Jewish Book Award in History. Beyond the Pale has been translated into Russian (2007) and Hebrew (2013). Nathans has published articles on Habermas and the public sphere in eighteenth-century France, Russian-Jewish historiography, the state of the field of Russian and East European studies in Germany and the United States, the Soviet logician and rights activist Aleksandr Esenin-Vol'pin, and other topics. From 2008 to 2012 he worked as a consultant for Ralph Appelbaum Associates, a leading museum design firm.  Nathans chaired an international committee of scholars that helped design the content for the Museum of Jewish History in Moscow, which opened in November 2012.

Nathans' current research explores the history of dissent in the USSR from Stalin's death to the collapse of communism. It traces the paths by which Soviet dissidents found their way to the doctrine of inalienable rights—the world's first universal ideology—and employed rights doctrine in an attempt to place limits on the sovereignty of the Soviet state. How did "legalist" dissidents (pravozashchitniki) appropriate a tradition grounded in conceptions of the human personality antithetical to Soviet ideology and practice? Was the turn to human rights a symptom of the globalization of moral individualism, or did Soviet dissidents in effect reinvent human rights on their own and in their own terms? Even as rights have become the dominant moral language of our time, this project seeks to de-familiarize and de-naturalize them by studying them in the unlikely setting of "mature socialism." It aims, in other words, to give human rights a history.

Together with Dr. Viktor Kel'ner (Russian National Library, St. Petersburg), Nathans is currently editing and annotating the first English translation of the 3-volume autobiography of Russian-Jewish historian Simon Dubnov, The Book of Life: Memoirs and Reflections. He is co-editor, along with Prof. Gabriella Safran (Stanford University), of Culture Front: Representing Jews in Eastern Europe (Penn Press, 2008), based on the 2002-03 seminar at Penn's Center for Advanced Judaic Studies, "Jewish History and Culture in Eastern Europe, 1600-2000."

Nathans is a member of the Jewish Studies Program, the Russian, East European, and Eurasian Studies Group, the Graduate Group in Comparative Literature, and the Graduate Group in Germanic Languages and Literatures. His undergraduate courses include Human Rights and History, Russian Intellectual and Cultural History 1800-1917; The Soviet Century, 1917-1991; Individuals & Collectives in the Soviet Union After Stalin; Nationalism and Modernity; The Rise and Fall of the Russian Empire; The Literature of Dissent from Socrates to Sakharov; and Jewish Civilization From the Seventeenth Century to the Present. Nathans works with graduate students interested in the history of the Soviet Union, Imperial Russia, modern European Jewry, and historical theory and method. Applicants to the graduate program in any of these sub-fields are encouraged to contact Prof. Nathans via email (see above) before the application deadline.