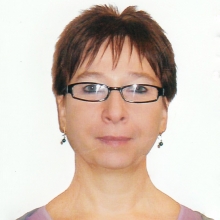 Adrienn Végh Mizsei has been teaching Hungarian language and culture at the Penn Language Center of the University of Pennsylvania since 1991. She has been actively collaborating with the Central European University of Budapest on developing Hungarian language and culture-specific curricula designed both for classroom-based and on-line instructions.

Her teaching philosophy emphasizes the development of meaningful and functional language competency through communicative instructional method and encourages students’ application of current authentic Hungarian resources. She has also been promoting and assisting study abroad programs in Budapest, Hungary through Bard College and Penn Global.

Adrienn has been administering ACTFL Hungarian Language proficiency and competency exams since 1992 at the University of Pennsylvania. These exams and the collaboration with the examinees connected her to several Hungarian heritage speakers and their families, along with their academic institutions, all over the United States. She has also been assisting freshman and sophomore students at Penn’s College of Arts and Sciences as a pre-major advisor since 2009.

She holds degrees both from the Eötvös Lóránd University of Budapest, (MS in Historic Preservation along with MS in Secondary Education and MA in Hungarian Literature and Language; 1986), and the University of Pennsylvania, (MA in Ethnic Studies; 1999).

Her research and thesis work focused on Hungarians’ ethnic identity development in the United States along with Hungarian immigrants’ use of material culture and technology in their heritage preservation.