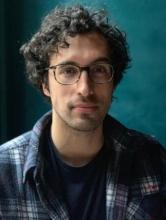 His dissertation explores the lives of Russian civil war veterans in the early Soviet Union. Specifically, it aims to complicate widespread assumptions about the effect of violence on veterans’ politics and their supposed affinity for Stalinism, by tracing their divergent life-paths at the provincial level and investigating how post-war social and institutional contexts shaped these trajectories. More generally, it asks how violence, identity, and ideology interact to produce authoritarian politics, and therefore speaks to a broader comparative literature on interwar Europe.

His previous research projects include: beggars and the construction of “parasitism” in the 1950s and 1960s Soviet Union; the life stories of homeless children in the 1920s; and soldiers’ writings and the Russian press during WWI.

Thomas is a firm believer in interdisciplinary approaches and have always been keen to explore ideas beyond the boundaries of the historical discipline, from psychoanalysis to classical sociology and poststructuralism.